It has become painfully clear to me over the past few weeks, that I have many friends who are racist or have hatred for other people based on religious beliefs or sexual orientation. This sickens me to my core!

I normally respect the opinions of others but not when it comes to racism, or hatred of another person based on their personal beliefs or something they have no control over. I have NO RESPECT for those people who choose to hate.

We were not born hating others. Hatred is taught. This new realization that I have friends who are racist has exhausted me. My heart hurts and I am overwhelmed with anger and disbelief. People I went to school with, women of my generation, educated people, people who went to school with my kids, teachers and other professionals…who are so blatantly racist or hateful of others because of skin color?? It is small-minded and just plain ignorant. There is no excuse for such hatred!

I’m leaving you with a few great quotes to ponder and share if it moves you to do so. Peace be with you, ALL of you! 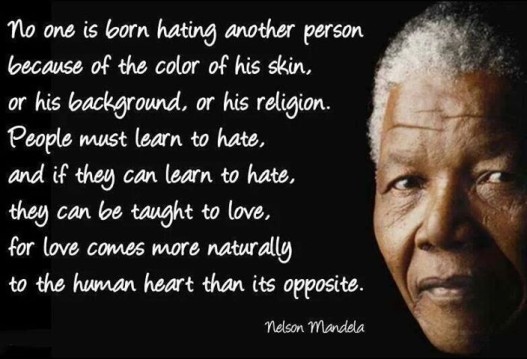 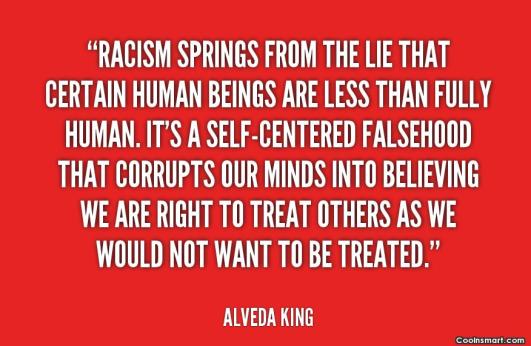 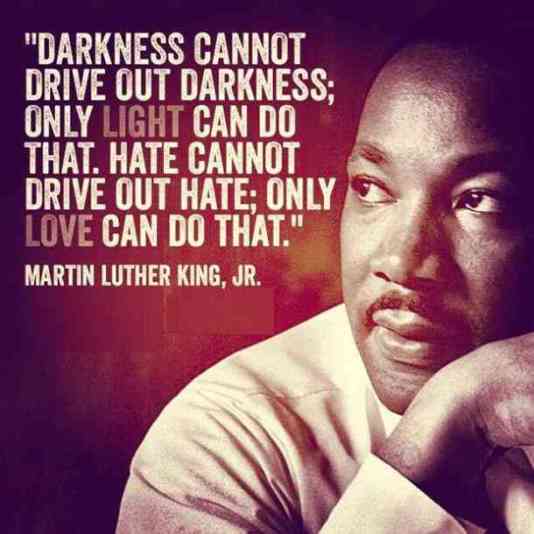 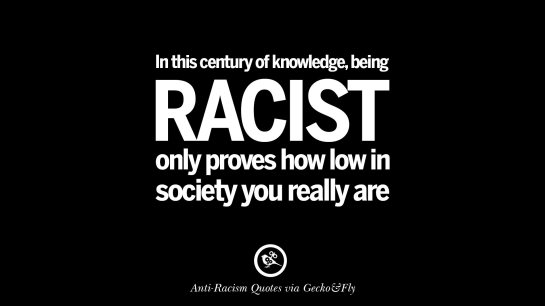 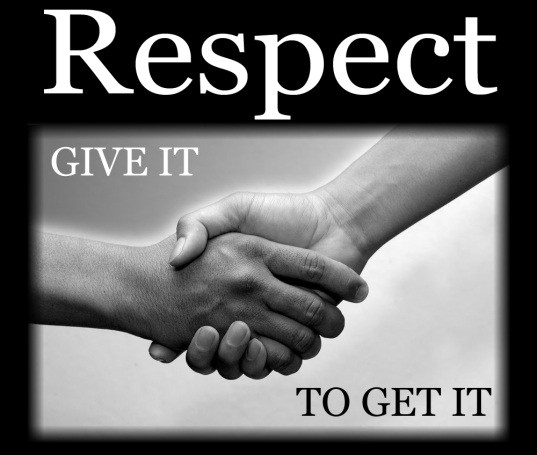 I am who I am. I won’t apologize for being me. I’ve spent too many years of my life apologizing for one thing or another; things I shouldn’t have felt sorry for in the first place.

When I was growing up, I was never allowed to have an opinion or ask why. This was because of my mother, not my dear Dad. Dad was great, but he wasn’t around much. He worked a lot so he wasn’t privy to the goings on and the rantings of my mother. As a teenager, I knew I had a right to my own opinion but I was shot down continually with “You don’t know what you’re talking about.” That was my mother’s doing, again. I always felt the need to apologize for having an opinion. I knew that I wasn’t worldly by a long shot. I knew that I didn’t have much life experience, but did that mean I was stupid? Did that mean I wasn’t allowed to think for myself? Was I not supposed to form an opinion of my own and just go along with what my mother thought? No way Jose, as we said back in the day.

When I was able to move into my own apartment, it was peaceful and I felt free to think and choose for myself. Then I did something stupid and let my ex move in with me. He was the male version of my mother!! Holy crap. He always made me feel that I needed to explain myself; why did I think that way, who told me to think that way, and where did I hear that from? In some ways, he was worse than my mother!

When I left my ex, I was finally able to live my life my way and TRULY think for myself and make my own decisions. Since then, I get angry when someone tries to make me feel the way my mother and my ex did for all those years! I stopped apologizing. I stopped explaining myself. I stopped giving other people power to influence my thought process. I stopped letting others bully me. I have a mind of my own. I think for myself and….

I won’t apologize for:

*….being a liberal-minded person because at least I can say that I genuinely care about people, regardless of their skin color or sexual preference. I believe everyone has rights, even if they don’t fit into your nice little view of what “should be.”

*….being sensitive. That’s what makes me ME. I have a soft heart. I will cry when you cry. I will feel bad for anyone who is having a rough day/month/year/life. I will try to help someone in need, even if all they need is someone to talk to.

*….not giving my energy away to a**holes. If you’re going to be an a**hole, I’ll slam the proverbial door right in your face. I don’t need that sh*t. I won’t waste my time or energy on someone who thinks their sh*t don’t stink.

*….calling it like I see it. I’m not the type of person who will “go with the flow” just for the sake of peace or not “rocking the boat.” If I agree with someone, I agree. If I don’t agree, I’m going to tell you and I’m going to tell you why. If you don’t like it you should have kept your pie hole shut in the first place.

*….wanting our nation’s children to be safe when they go to school. Children are the future of this country. They are our most valuable commodity. They deserve to be protected better than they have been protected as of late. I’ve said it a million times if I’ve said it once: If I were to do it all over again, my kids would be homeschooled. Yep. Safer with me than at school these days. At least I would have the chance to protect them; I can’t do that if they’re at school.

*….not wanting to see sex scenes on tv or in the movies. Don’t get me wrong. I’m not a prude. I don’t mind a romantic scene in a movie or tv show. I don’t mind the suggestion that 2 adults are going to hop in the sack. What I do mind is a full-blown sex scene with nudity, sound effects, etc. Geesh. Leave something to the imagination, please! You take away from the story when you fill the screen with sex, sex, sex. I really don’t think a good story needs sexually explicit scenes to get good reviews.

*….loving animals more than people…cuz people can sometimes suck. Animals don’t lie or stab you in the back. Animals don’t spread gossip. They don’t talk back or argue. Animals, domestic pets specifically, give unconditional love and affection. They don’t judge. They aren’t hateful. They accept you for who you are.

*….having no respect for the man currently sitting in the White House. Never will. I’m not even going to elaborate because if you agree with me then you’ll know why I feel that way. If you don’t agree with me, then you’ll have lame excuses for his behavior and you’ll start your name-calling. Par for the course these days. (And for the record, just because he’s POTUS doesn’t mean we have to blindly follow.)

*….not caring what you think about me or my opinions.

So, there you have it. Some of a long list of things I refuse to apologize for these days. No one should have to apologize for having their own opinions or for feeling the way they do. We all need to just let people be who they are. Stop getting your panties in a knot over someone else’s point of view. You’ll be happier and you’ll live much longer.

Do you apologize for things you shouldn’t have to? Stop doing that!

A person’s preconceptions are based on their own experiences, beliefs, and values. We all make snap judgments about people and situations. It’s self-preservation in a way. We have the instinctual need to protect ourselves from harm or death. If we see someone who is different somehow, we tend to turn the other way. If you have had a bad experience with a person with tattoos or piercings, that will shape your thoughts. If you’ve had a bad experience with a police officer, a biker, or even an atheist, you’re going to carry that with you forever. We will always be shaped by things that happen to us, our belief system, and how we were raised (what we have been taught). Our experiences shape our thoughts and interactions with others sometimes subconsciously.

There are so many misconceptions about people who are different than others. Here are just a few, and there are many, many more!

SHAME ON YOU if you believe any of that nonsense! Those ideas are absurd! Of course, you can believe whatever the hell you want to believe. It IS a free country, but we should always treat people with respect because they DO have feelings and emotions just as you and I do. They have troubles of their own. They have experiences that have shaped them, too.

Everyone is unique. If you don’t know them then you know nothing about them! Simple as that! Don’t just assume you know….. 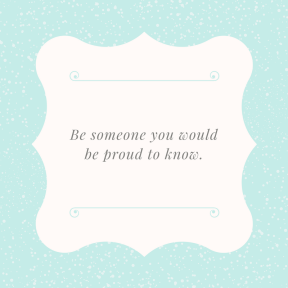 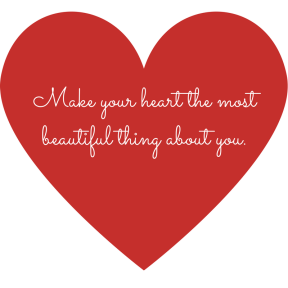 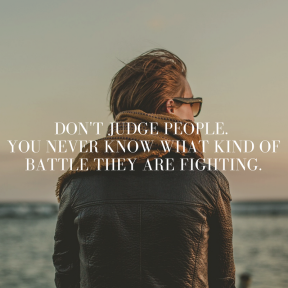 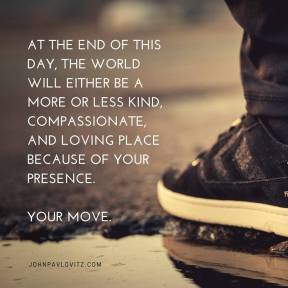 Have you ever experienced someone treating you as if you were scum of the Earth? Has anyone ever talked down to you or insinuated that you weren’t a good person? I have. I have been treated this way for several years by someone and it has been suggested to me that I cut ties with that person. I can’t see myself doing that because of another person who means the world to me.

I’m not a bad person. I have made mistakes, as everyone has but never mistakes of such magnitude that would make people think I was a bad person. I have regrets, as most people do. I’m definitely not perfect. I have a bit of an attitude when it comes to certain things. I am opinionated. I despise being told what to do. I curse like a sailor. I have little to no patience with drama and bullshit. I sometimes have a short temper. When I was a kid I cut school and got caught stealing. I made prank calls with friends. I got drunk with friends when I was a teenager. I’m definitely flawed; no ands, ifs or buts about it.

But no matter how flawed, I have a big heart. I am very sensitive; empathetic and empathic. I feel other people’s pain and it drains me. I care too deeply about the people in my life. If you cry you will not cry alone because I will cry with you. I am honest and trust-worthy. I am loyal. I would never hurt a child. I have never killed anyone. I don’t do drugs. I’m not an alcoholic. I wear a seatbelt in my car and I always insist others wear one too if they are in my car. I try to show everyone respect until they disrespect me. I love animals. I’m not a bully. I try to help other people if I can. I say please and thank you. I taught my kids to say please and thank you. I’ve been a caregiver most of my life. I try not to judge anyone, but if you’re an asshole, you bet your ass I will judge you on that alone! I’m frugal and I live a simple life. I don’t need expensive things, and I appreciate everything I have.

Regardless of what anyone thinks of me, I am still me. I will walk my own truth and I won’t look back at those people who have judged me unfairly.