I’m sick to my stomach… I don’t like this feeling at all.

Dad and I went to town yesterday but we were both pretty stressed out. You see, Dad has a cash stash that he carries in a bank envelope, tucked into his checkbook when we leave the house. It’s not just a few bucks; not $20, $50, or even $100. It’s considerably more. He says he doesn’t want to leave it in the house in case of a fire or theft, so he takes it with him in that little envelope, tucked into his checkbook. The cash never leaves the car. We lock the car, always. He never takes the cash out; if he needs some cash for lottery tickets or something else he takes it out of the envelope and leaves the rest in the car. It’s not in plain sight. It’s hidden. If he takes his checkbook in the store, he leaves the cash in the car. Yesterday, before we went to town Dad discovered that the little bank envelope was missing.

He has look everywhere it could be and everywhere he swears it couldn’t be. We looked again after we got home. We have looked with fresh eyes this morning. That cash is nowhere to be found. It was too much money to lose but seems it IS LOST, possibly forever. It could be like the bag of chocolate that disappeared. You might be wondering how much money it was… $1,500. Yes, ONE THOUSAND FIVE HUNDRED DOLLARS.

His memory is getting so bad that this morning he argued with me that it was after we got back from town when he discovered the cash was gone. I had to remind him of our conversation in the car on the way to town about the cash and where it could be. I had to remind him that I was getting ready to go when he was looking in the car, and then he came in to tell me about it. I reminded him that we were both worn out from hunting before we even left. He was still a bit puzzled, as if he didn’t recall any of that.

It’s sickening that that amount of cash has been lost, but it’s even more sickening that this has happened to my Dad…or should I say IS happening? Just a few weeks ago, he was trying to think of my daughter’s name, his grand daughter, and he literally cried because he couldn’t think of her name until an hour later. It upset him so much that we purchased one of those “brain boosting” supplements. He’s been taking it for a month now and he keeps telling me, “It’s still not working.” I feel so terribly bad for him.

I don’t know what I’m going to do. I have a hard time taking care of myself sometimes. I shouldn’t be disabled at my age. What will I do if I can’t take care of him? He’ll be 84 in February. He’s keeping a brave face right now, saying, “It’s only money.” That is true but it’s just an awful lot to lose especially during hard times.

Keep a close eye on your elder loved ones. Hug everyone you care about and tell them you love them. They may be here today but tomorrow isn’t a given. 💜 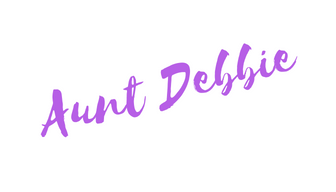 9 thoughts on “Lost…and Still Not Found”